From Thursday 24th September, Indoor adult (18+) team sport will no longer be exempt from the Government's rule of six. This new ruling means that the planned restart of The Indoor Hockey Leagues in Bristol has been cancelled. Teams have been informed.

However, all organised Indoor Hockey activity for children continues to exempt from the rule of six. Therefore we are delighted to announce that registration for first regular Indoor Hockey League for young players is open!


The leagues will run on a Friday evening from 7pm and will be open to U12 boys, U12 girls, U14 boys and U14 girls teams. each category will play on a different week in rotation, so teams can expect to play once every four weeks. We hope that this provides enough of a regular taste for the Indoor version of the game without impinging too much of other commitments.

The Indoor Hockey League is delighted to announce that we are back and that league registration for adult men's and women's leagues are now open. Please be reassured that we have been working closely with England Hockey and our facility partners to ensure that the return of the leagues is done so with the health and well being of our players  as our top priority. With this in mind, we have had to make some slight tweaks to timings, so please ensure you check the 'leagues' page for the updated information. We are looking forward to welcoming back regular participating teams alongside some newbies too! Get your registrations in asap! Hoping for leagues to start on 28th September 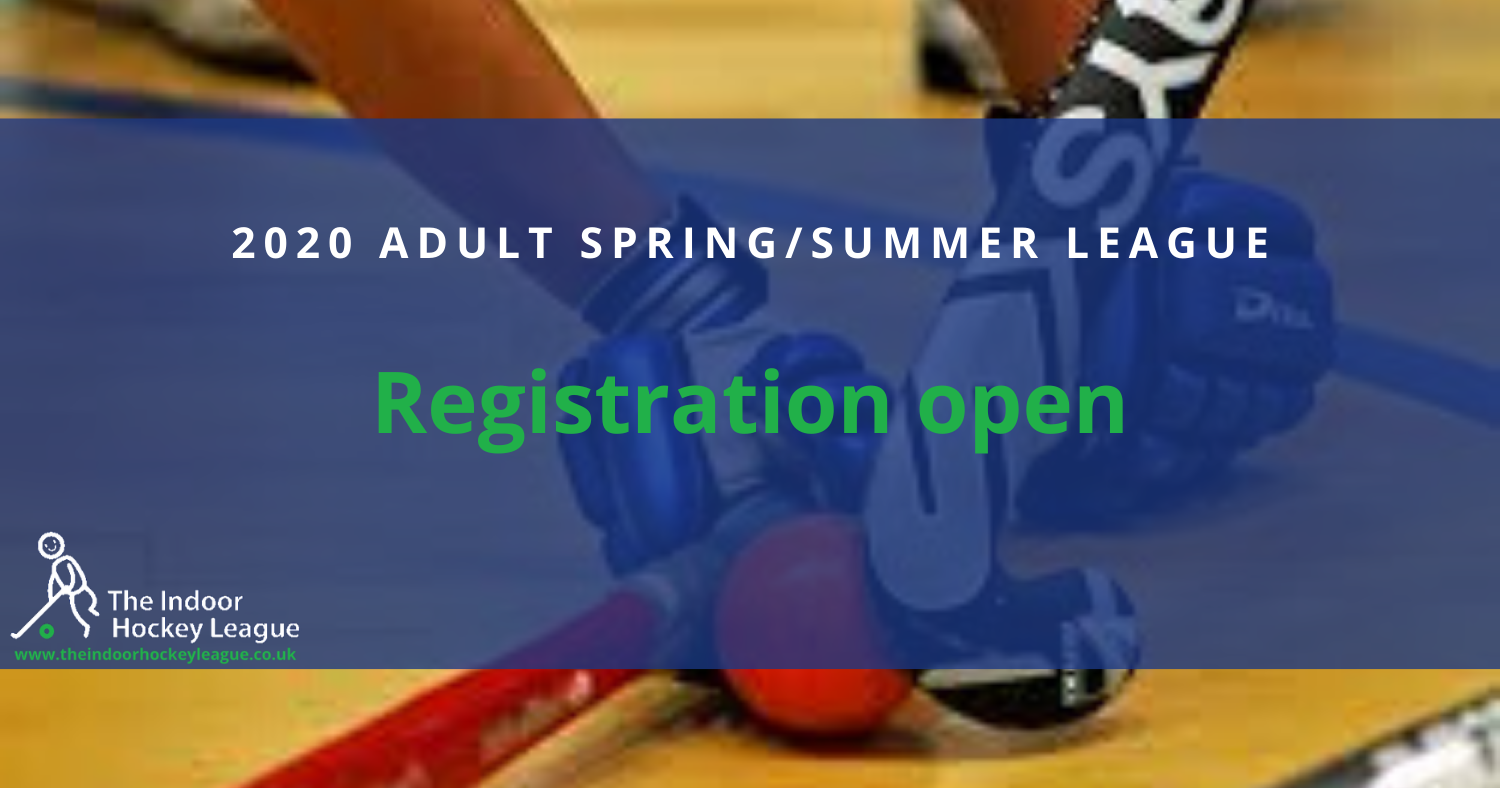 The Indoor Hockey League is pleased to announce that registration for our Spring/Summer (well, almost) league in Bristol is OPEN!!
We will continue to make use of both venues at Patchway Community School and Winterbourne Academy which will allow us to run eight team men’s and women’s leagues on alternate weeks.
There are only a couple of spaces in each league remaining, so don’t wait too long to secure your teams place secured. Places will be allocated on a first come first served basis.
The leagues will continue to run on Monday evenings at both of our venues starting in late February. The fees will remain the same as last season at £20.00 per new team registration and £40.00 per team match fee.
Teams will continue to be expected to provide an umpire, who will umpire the game preceding or following their own – If teams are struggling to find an umpire – please let us know.
To register your team, click the buttons above!
The Indoor Hockey league: Junior Edition
Registration is OPEN
Sunday 16th February | City Academy, Bristol
After lots of interest from clubs The Indoor Hockey league will be providing an opportunity for young players to experience the Indoor version of the game, the Junior Edition will be run in the same ethos as the senior league - providing an informal, fun, sociable but competitive environment to play Indoor Hockey. A Mixed U12, U14 boys and U14 girls competitions will be offered during this event.
Register your junior team here

The Indoor Hockey League is pleased to announce that registration for our second season in Bristol is OPEN!!
After a successful first season we are hoping that more teams will be keen to get involved. We have secured a new additional venue at Winterbourne Academy which will allow us to run eight team men’s and women’s leagues on alternate weeks again.
We are expecting an increase in demand from teams following a successful first season, so don’t wait too long to secure your teams place secured. Places will be allocated on a first come first served basis.
The leagues will continue to run on Monday evenings starting on 16th September at Patchway Community School Sports Hall alongside Winterbourne Academy Sports Hall. The fees will remain the same as last season at £20.00 per team registration and £40.00 per team match fee.
One slight change from last season, is that teams may be expected to provide an umpire, who will umpire the game preceding or following their own – If teams are struggling to find an umpire – please let us know.
To register your team, click the buttons above! 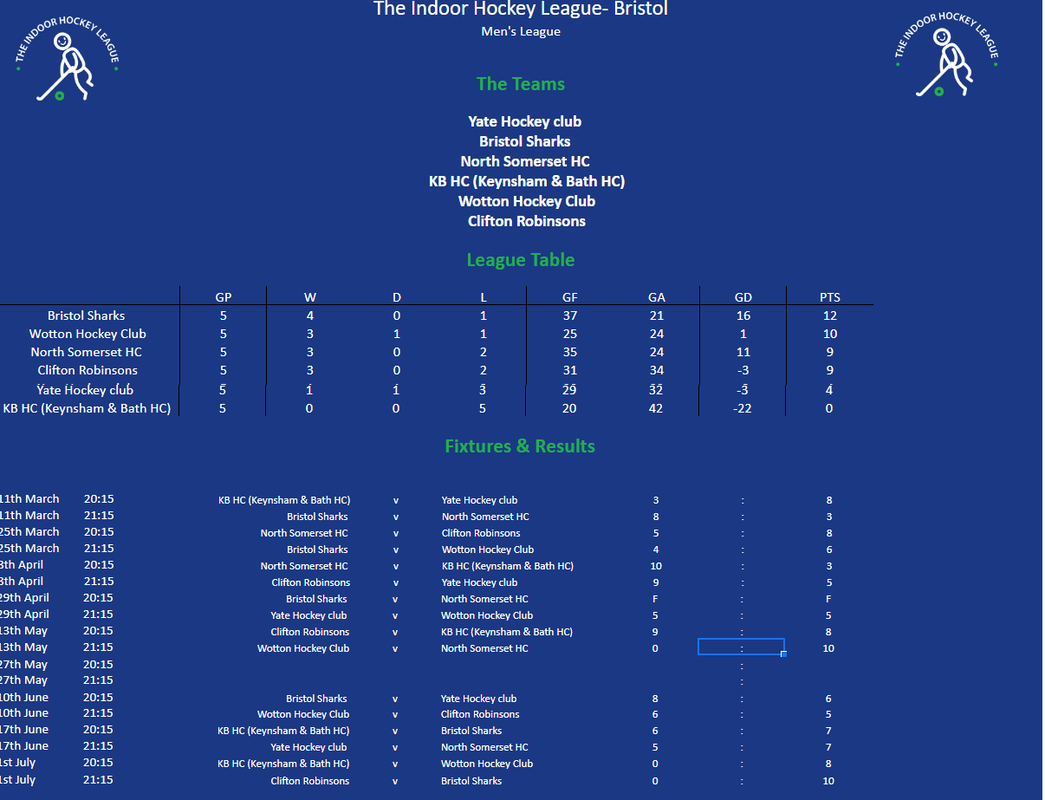 The inaugural Indoor Hockey League in Bristol came to a close last week with the completion of the men's league. In a closely fought competition which epitomised the spirit of the league: sociable but competitive! An unfortunate forfeit by Clifton Robinsons left the door open for Bristol Sharks to claim the top spot without even playing. Wotton ended the league well with a win over the Keynsham & Bath City team. All of the teams (which have varied in terms of indoor hockey experience ) have reported positive feedback of their experience of the league all have left wanting more.. The league will take a short break now before starting up again later in the summer - keep your eye on social media for registration details and share the love with your fellow Bristol clubs.

The women's Indoor Hockey League in Bristol ended this week with Firebrands HC sneaking the top spot by just 3 goals from Westberries HC. An entertaining if a little (OK, very!) sweaty evening of indoor hockey brought to a close the first season of The Indoor Hockey league for women in Bristol. The games have been played with a fantastic competitive but social spirit with players often helping opposing teams out when short but still giving it all on the pitch. There has been lots of laughter, learning (of the indoor rules) and a growing love for the indoor game with teams wanting more! The league will take a short break now before starting up again later in the summer - keep your eye on social media for registration details. Enjoy the summer - when it arrives!   ​ 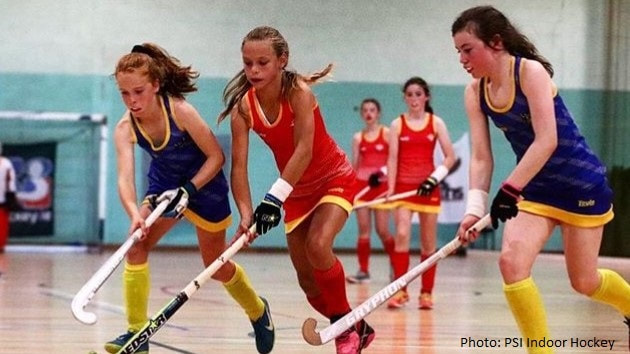 Bristol | February 22, 2020 - Interested? ​
Register your interest here
.
​The Indoor Hockey League is coming to the end of its first season in Bristol. The feedback from players, coaches and umpires has been great with teams already asking about next season. There is clearly a real love for the indoor version of the game!
This got us thinking.....Junior players are really missing out, there are very few opportunities for younger players to experience the indoor format of the game, So, here it it.... The Indoor Hockey League: Junior Edition. We are planning a full day of junior indoor hockey fun in February 2020 in Bristol.
Is this something that your club would be interested in? We'd love to hear from you. Please complete this initial expression of interest form and we will be in touch with more details soon.
​

​About The Indoor Hockey League

​​The vision for The Indoor Hockey League is to provide an accessible, informal, sociable but competitive hockey league: to enable those players unable to commit to traditional club hockey an opportunity to continue to engage with the sport.
​
Until very recently, I was a committed club hockey player: training regularly and competing in The West Premier 1 hockey league. I stopped playing about 3 years ago when I fell pregnant with our son but I tried to return to hockey last season; a long illness put a stop to that and this season I have been questioning my desire to give up a big chunk of precious family time on a Saturday to play.

I know that I am not the only hockey-playing parent who feels this way. If we played other sports there would be alternative ways to continue participation i.e. 5-a-side football, Last Man Stands cricket and Touch rugby all have league competitions that run on an evening, arguably more accessible for parents. Of course, it is not just parents who have constraints on their time; shift workers, weekend workers and players of multiple sports could also benefit from a more accessible format of hockey. I also think that some current active club hockey players would welcome an additional (guaranteed dry and warm), regular and competitive indoor hockey league.

There just isn’t a comparable offer for hockey players and, as a sports development professional, I thought that maybe I could change that… The Indoor Hockey League was born.